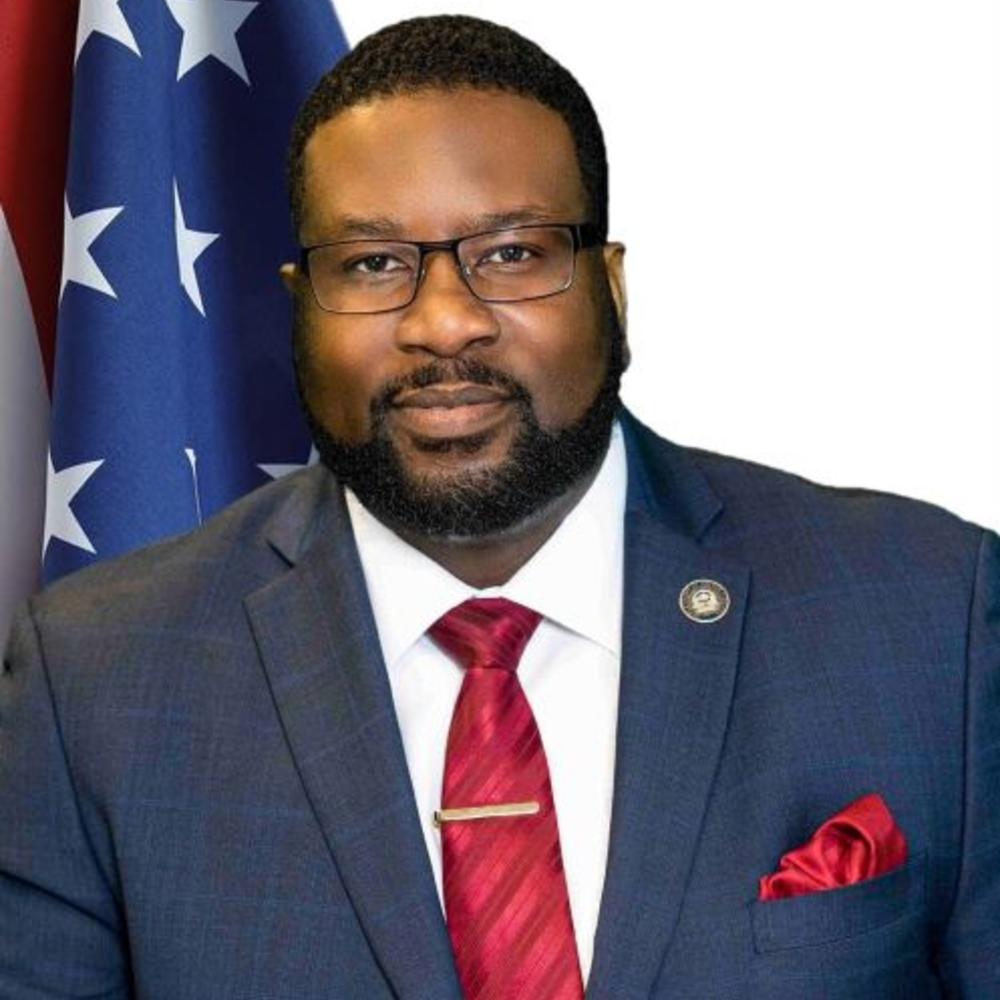 Spencer R. Moore, a Georgia native and career public servant, was appointed Commissioner of the Georgia Department of Driver Services (DDS) by Governor Nathan Deal and the DDS Board of Directors. He was later reappointed in January 2019 by Governor Brian Kemp.

Moore began his state career as a parole officer with the State Board of Pardons and Paroles. Prior to his appointment, Commissioner Moore served as Deputy Commissioner of DDS for four years.

As Commissioner of the state’s driver’s education, testing and licensing agency, Moore guides approximately 1,000 team members and manages an operating budget in excess of $80M.

Walk into any of DDS’ 67 Customer Service Centers (CSC), and you will find the very best customer service that the state offers. It is fitting since, in most instances, DDS is the very first interaction that new Georgia residents will have with state government. On average, Driver Examiners service approximately 3.9 million customers face-to-face annually.

Commissioner Moore has positioned DDS to revolutionize the way the State handles the driver licensing and testing functions with two major projects DRIVES and the Card Production Services (CPS). The rollout in 2019 of a new digital licensing system (CPS) ensures that Georgia is producing the most secure credential that has ever been produced.  It also paves the way for more efficiencies with DRIVES.

The DRIVES (Driver Record and Integrated Vehicle Enterprise System) project was initiated to modernize the current DOR Tag & Title system and the DDS Driver’s License system.  It will launch in January 2021 and will improve the issuance system with efficiencies for Team Members and customers.

In this same vein, in the Fall of 2018 DDS launched its new app, DDS 2 GO, and also created an online road test reservation service. The app, DDS 2 GO, allows customers to address most of their licensing needs from their phone or tablet, without ever visiting a brick and mortar CSC. DDS 2 GO also enables customers to receive push notifications whenever there are changes to their license and/or ID. A new enhancement to the existing online services, online reservation, enables customers to schedule or make changes to a road test appointment via the DDS website.

Additional successes under his leadership include:

In addition to leading an award-winning agency, Commissioner Moore was elected by his peers from across the country to serve on the American Association of Motor Vehicle Administrators (AAMVA) International Board of Directors. The International Board is committed to enhancing safety and security through motor vehicle administration and law enforcement. Commissioner Moore also serves on Mothers Against Drunk Driving (MADD) Board, Georgia State Employee Benefit Council, and Georgia Driver Education Commission (GDEC).

Commissioner Moore was born in Dublin, Georgia and is a graduate of Treutlen High School where he was an exceptional student-athlete and received scholarships to play collegiate football at Furman University and Morehouse College. He graduated from Morehouse with a Bachelor of Arts degree in Political Science. He obtained his Master of Business Administration from the University of Phoenix. He has completed several Executive Leadership Programs sponsored by the State of Georgia and the Carl Vinson Institute of Government at the University of Georgia.